I remember that it was sometime after March 27, 1990, because that is when Madonna’s Vogue came out.

I remember it was in the second semester of my sophomore year at Fordham University in the Bronx.

I remember he lived in a suite or had access to a suite at Martyr’s Court.

I remember I had too much to drink but I thought I was safe with a gay man.

I remember conversation about me being a virgin and how I should lose my virginity.

I remember thinking this was a joke because I remember telling him I was gay.

(I don’t remember anyone else being in the suite. It is possible this happened over Spring Break but I cannot be sure.)

I remember he played Madonna’s Vogue because he loved Madonna and was a giant gay.

I remember being surprised that a gay man would rape me.

I remember thinking he ruined Madonna’s Vogue for me.

I remember him on top of me.

I remember he used a condom.

I remember pushing him off of me and standing up in the bedroom, starting to get away from him.

I remember he dragged me to the shower to “sober (me) up” after I managed to get away from him in the bedroom.

I remember the light was very bright in the bedroom.

I remember the shower was dark and he told me to be quiet.

(I think the light was off and he told me to be quiet so I would not wake up his suite mates.)

I remember fleeing the shower and going back to the bedroom to get back into my jeans, t-shirt and sweater, plastic knock-off doc martins, and Russian Army coat.

I remember running out of Martyr’s Court and running across Eddies’s Parade back to my dorm.

I remember the pain in my feet, with blisters on the back of my feet, because I did not put my socks on in my haste to get the fuck out of there.

I remember shivering because it was cold outside and my clothes were soaked through with the water from the shower because I didn’t have time to dry myself off, because I wanted to escape the man raping me.

I remember feeling like I had been hit by a car.

I remember not sleeping but laying in my bed considering why anyone would want to “lose their virginity.”

I remember that he came to my dorm room in Sesquicentennial Hall to ask me why I left.

I remember him telling me “We were having fun.”

I remember we never talked again after this.

I remember his name.

I remember other things I would never put in a blog post.

I remember I never told anyone that he raped me until 24 years later.

I remember I denied he raped me for decades.

I remember I am not defined by what could not have been more than a 45 minute incident.

I remember that I have a permanent limp from this 45 minutes.

There’s a man named Sean Somers that I have no reason to know. First, he’s a Canadian man, who lives far away from where I occupy time and space. Second, he is inordinately interested in things I find repulsive, including an unending ability to fetishize Catholic school girls.

And yet, I “know” this man, Sean Somers, because he has decided he is a woman, and like moths to a flame, all men who think they are women eventually feel the need to come calling to me, as if I am some game boss that needs defeating. And he is a man who has, in the past, done lip service to feminist viewpoints on transgenderism, so the more liberal leaning online feminists think he’s some kind of hero.

Sean now uses the name Aoife Hart; he used to call himself Emily. Maybe when he’s sick of fetishisizing Celtic culture he will call himself something else. It doesn’t much matter to me. I just observe, mostly.

From Sean I learned I am an alcoholic. I mean, it is written on a blog, so it must be true. And some other men tweeted it. So it’s become a fact now. Right?

I am in Al Anon, which is a recovery program for families and friends of alcoholics. I am not an alcoholic, although I have dated a ton of them, and am the child of one. None of this is your business, of course. But because I have shared my experience, strength and hope online, men like Sean decide what my participation in Al Anon must mean.

This is online culture – call out, gotcha, gutless, compassionless, dishonest. It is a perfect environment for narcissists with little interest in honestly discussing thorny issues, let alone attempt to solve them.

I am as much of an alcoholic as Sean Somers is a woman.

I will leave it at that.

There’s a Man I don’t know who has decided that “Cathy ‘Bug’ Brennan” is “harassing” him, uttering the hate speech of knowing he’s a man. He’s one of thousands, all uttering the same claim and jousting with me, a woman they’ve never met.

I’ve never met any of these men. It’s not that I don’t know such men; I do. Two of my favorite Twitter accounts are such men, and they don’t seem the least bit bothered by the fact that I know they’re men — as they also know that they’re men and that you cannot actually, ever, change your sex.

Does these men not know how often I longed to “change my sex”? END_OF_DOCUMENT_TOKEN_TO_BE_REPLACED

I also like Reggie Watts, who inspired the title of the post. Yes, he’s a man! Yes, I like him. It is from Fuck Shit Stack, which I am sure will offend lots of people reading this. Sorry. The Women I like to date don’t find it offensive. I understand why you might.

So, this is a post about Lesbians. When I say “Lesbian,” I mean Women who desire sexual, emotional, spiritual connections with Women. When I say “Women,” I mean adult human females. When I say “Female,” I mean of or denoting the sex that can bear offspring or produce eggs, distinguished biologically by the production of gametes (ova) that can be fertilized by male gametes.

Jesus. Fucking. Christ. How does any Lesbian date in 2014 with all these explanations about who it is we want to date? END_OF_DOCUMENT_TOKEN_TO_BE_REPLACED

I woke up on Christmas morning in Florida last year to an excruciating pain in my abdomen. I’ve felt pain before. I’ve give birth. I’ve taken a line drive softball in my breast when I was 13 (that really really hurt). I slammed my vagina hard on a bike seat poppin’ wheelies. I know some pain. But This Pain was the kind of pain they are talking about when they say pain that stops you dead in your tracks. And it was Christmas Day, which was unfortunate timing, because I have at least one child who still believes in Santa Claus. But I also have a worrying Irish mother, so I was carted to the Emergency Room by a worrying Irish aunt.

END_OF_DOCUMENT_TOKEN_TO_BE_REPLACED 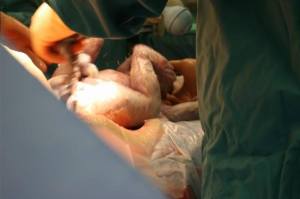 “Unknown persons” report a photograph posted on Facebook of a woman giving birth to her baby for “graphic violence.”

My female biology is the single greatest threat to Male/Transwomen Feelings, apparently.

This post by Witchwind posits some frank and painful truths about PIV. For this post, Witchwind (and radical feminists) have been called crazy, manhaters, etc., the regular slurs Women receive from Men and co-opted Women when we say what we think. These people are easily dismissed, including this guy, who thinks he can discern the race of a writer by the way she writes (PS and also, sir, no one gives a shit what you think).

Women have every right to write about PIV and analyze it. All Women. If that makes you uncomfortable, that is a personal problem. Engage with the analysis. Write about it. Write why Witchwind is wrong. If you are a Man, no one cares about your opinion on PIV. We know your opinion already. You’re all for it (HI RAPE CULTURE! HI COMPULSORY HETEROSEXUALITY!)

Further reading on PIV at Femonade.

This is a video for Women and doesn’t provide an analysis of PIV, per se, so feel free to skip it if you are looking for an analysis.

Please preorder Sheila Jeffreys’ new book, Gender Hurts. If you cannot afford it, leave a comment with your address (your comment will not be published) or email me at bugbrennan@icloud.com, and I will send it to you.

Please stop fighting Women. Women are not the problem. Women are the solution.

Transgender women did not experience #sharedgirlhood because they were, in fact, little boys. And they are, in fact, Men.

Being groomed into the subordinate “gender role” afforded to those born female is not a privilege. What Queer Feminism does to Women is Lie to Us.

“Shared girlhood,” Red Herrings, and the Creation of the Third Wave

I Cannot Share My Girlhood With Those Who Were Not There.

How very dare women have #sharedgirlhood?!

Much has been made about “privacy” over the last four decades. The discussion of “Privacy” is invoked most commonly to protect a Man’s right to sexual debase or exploit Women. In an online environment, with the rapid expansion of data now available from a simple Google search and the willingness of individuals to volunteer their information, calls for “Privacy” (from Men) are becoming even louder, as Men apparently seek the right to discuss all manner of disgusting perversion without having Women notice or comment on it. The topic of “Privacy” is an important concept for feminists to parse, because it does not work for Women.

Does it mean Women have the right to control conversations that occur about them?

Does it mean Women have the right to exclude Men from our spaces?

Does it mean that Women have the right to engage in whatever conduct we choose without having to be subjected to conversations about it?

Does “Privacy” mean the right to name that which oppresses us without interference?

So what does “Privacy” mean and, more importantly, who benefits from it? END_OF_DOCUMENT_TOKEN_TO_BE_REPLACED

My Tweets
You Are A Splendid Butterfly
Create a free website or blog at WordPress.com.
Loading Comments...